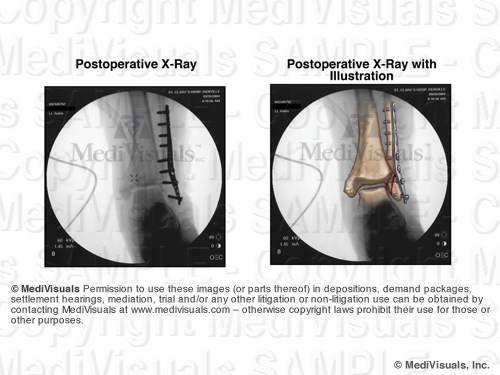 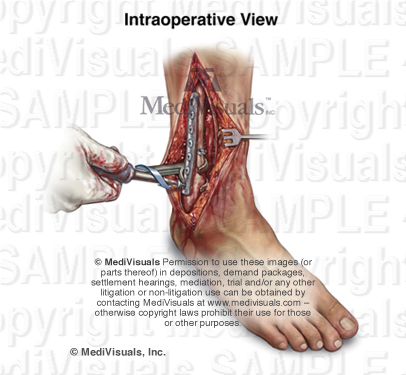 Normally, fractures begin healing by forming a callus which is then replaced by bone. With a nonunion (see image below), the callus is replaced by fibrous tissue instead of by bone. This is a painful condition that is most frequently treated by surgery to remove the fibrous tissue, debride the surrounding bone and re-approximate the remaining fragments (sometimes with bone graft material and fixation devices).

Malunion is another frequently occurring complication of fractures. With malunion, the bones heal, but they do so at an unusual angle that can effect range of motion and/or cause pain (see image below). Treatment typically involves refracturing or cutting the bones, realignment, and fixating them with hardware so that they heal in the correct position. 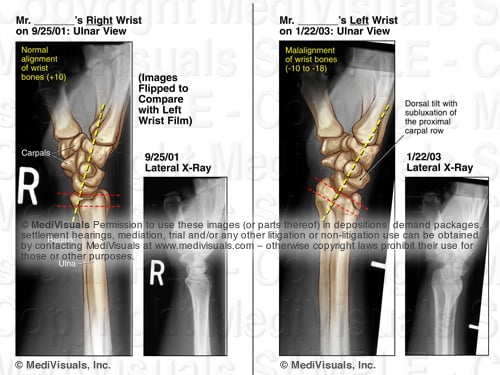 Intra-articular “step-offs” are a complication of intra-articular fractures. A “step-off” is a type of malunion in which the bone heals, but it heals so that the joint surfaces are not aligned in a smooth continuous surface. The illustration below shows a fracture through the patella that healed with a painful “step-off.” 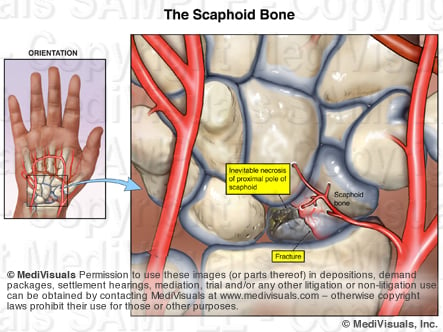 Ossification of the surrounding soft tissues is another complication of fractures. This condition is referred to as “heterotopic ossification” and/or “myositis ossificans”. With this condition, the bone cells that form to heal the fracture extend out into the surrounding tissues (see image below) resulting in pain and decreased range of motion. Treatment involves surgery to excise the excessive bone growth. 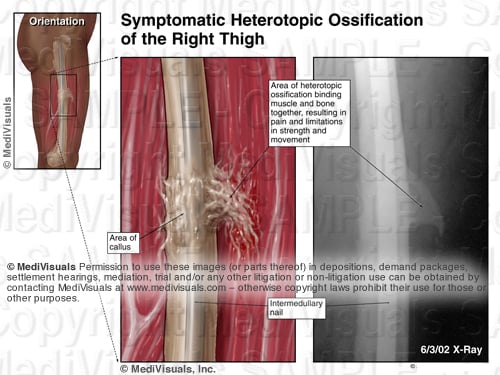