Disc Herniation and Other Disc Injuries

The term “degenerated disc” is generally used to describe a disc in the early degenerative process.  It is the beginning of a progressive break down of the disc. This condition can be initiated or accelerated by a traumatic event. 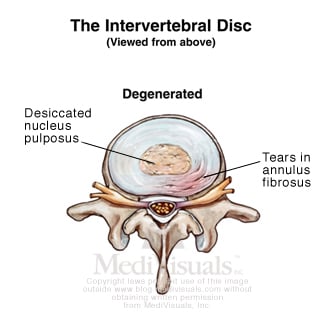 A disc bulge is a more advanced collapse of the disc to the point that the disc expands beyond its normal contour. It may or may not impinge on the neural structures within the spinal canal or neural foramina. Similarly, a disc bulge can be the immediate or delayed result of a traumatic event, or a traumatic event may exacerbate a preexisting, stable disc bulge. 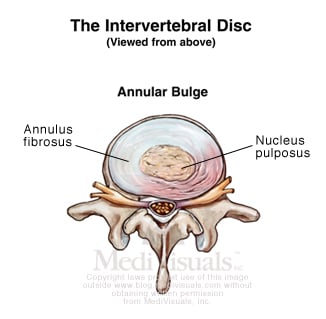 A subligamentous herniation is one in which nucleus pulposus has extended through the annulus fibrosus, but has not gone through the posterior longitudinal ligament. 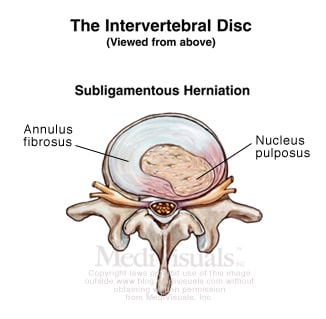 The term “herniation” is generally used when the nucleus has completely extruded through the annulus fibrosus and posterior longitudinal ligament. 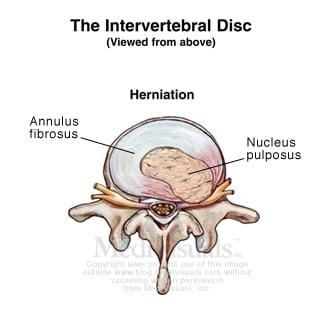 However, it does not matter what the disc pathology is labeled, if it impinges upon, or irritates the neural components, it is a significant injury that will likely require some type of invasive procedure to correct. 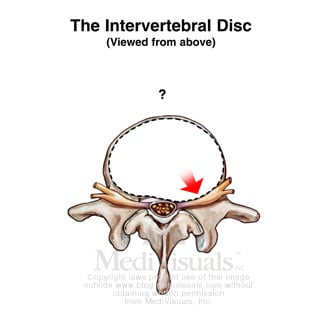 The disc can either be injured by an immediate tear of the annulus fibrosus and extrusion of the nucleus pulposus during a traumatic event, or they can be the result of a much more gradual process. In order to understand the gradual breakdown of the disc, one must first understand a little of the physiology of a disc. The inner disc relies on exchange of fluid, nutrients and oxygen through the end plate of the adjacent vertebral bodies. 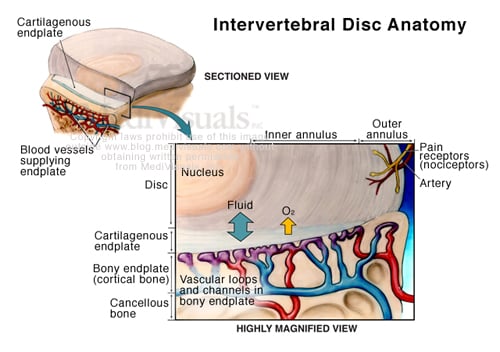 During a traumatic event, the endplate may become injured resulting in interference with that exchange. 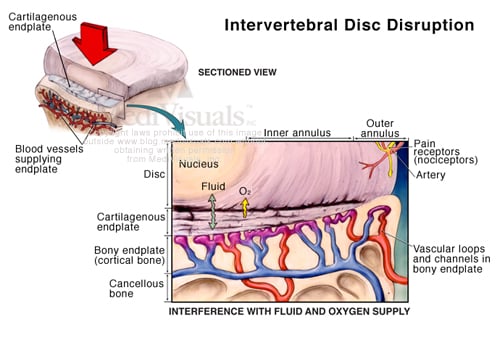 As a result of the inability of the disc to obtain the fluid, nutrients, and oxygen it needs, the disc gradually begins to break down - becoming a degenerated disc, followed by a bulging disc, and eventually to a herniated disc. The amount of time involved with the process of the disc breakdown is related to the severity of the initial disc injury. 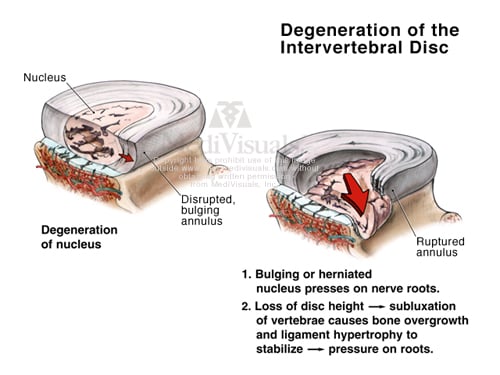 Therefore, if a disc injury is not evident until weeks or months after a traumatic event, it does not mean the injury was not a direct result of the traumatic event.