Association of Medical Illustrators Recognizes the Best in Medical-Legal Illustration

The below illustration, created primarily by Paul Gross, MS, received the Award of Excellence for effectively demonstrating a surgical procedure to repair severe facial lacerations resulting from a dog bite.  The illustrations were created for Susan M. Bourque of Parker & Scheer, LLC in Boston. The exhibit assisted Parker & Scheer in obtaining a substantial recovery on behalf of the client. 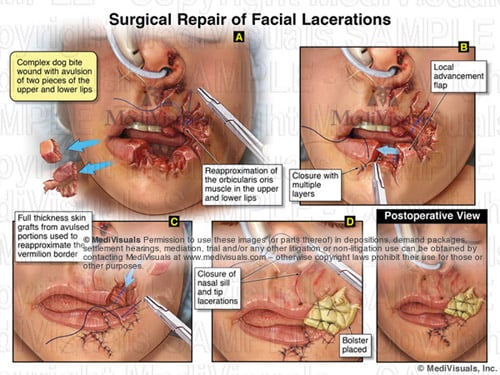 The Association's Award of Merit was bestowed to Cynthia Yoon, MS.BMC, the primary illustrator for a series of three exhibits demonstrating severe facial injuries and surgical repairs resulting from an awning pole from a passing camper flying through the windshield of a vehicle.  The exhibits were developed for William Cunningham of the Burns, Cunningham & Mackey firm in Mobile, Alabama.  The first exhibit shows the initial fractures and external injuries.

The second exhibit demonstrates the chronic left jaw dislocation that ensued after the initial ORIF of the jaw had healed. 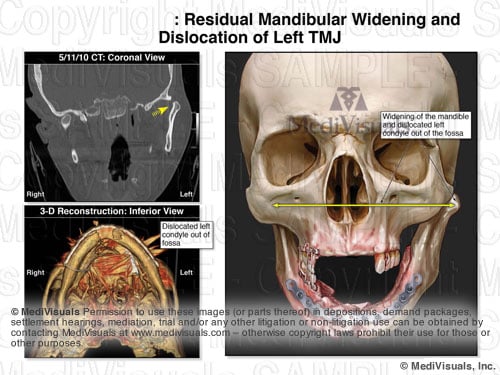 The third exhibit highlights the surgical procedure the plaintiff underwent to correct the malunion of the mandible and the left jaw dislocation. 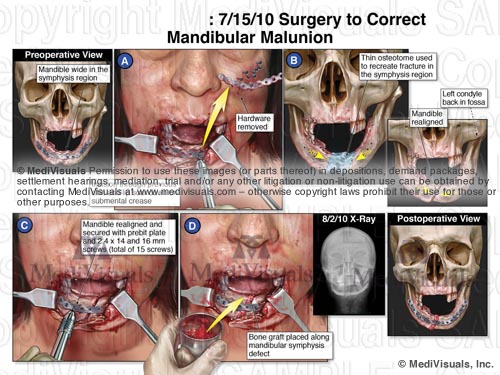